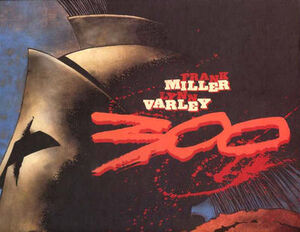 In 480 BC, King Leonidas of Sparta gathers just 300 of his best men to fight the upcoming Persian invasion. In what is likely a suicide mission due to the massive number of Persians, they and their allies plan to stop King Xerxes' invasion of Greece at the narrow cliffs of the "Hot Gates" (Thermopylae). The terrain prevents the Greeks from being overwhelmed by Xerxes' superior numbers (a military tactic usually called "defeat in detail").

Retrieved from "https://heykidscomics.fandom.com/wiki/300_(HC)_Vol_1_1?oldid=1342266"
Community content is available under CC-BY-SA unless otherwise noted.