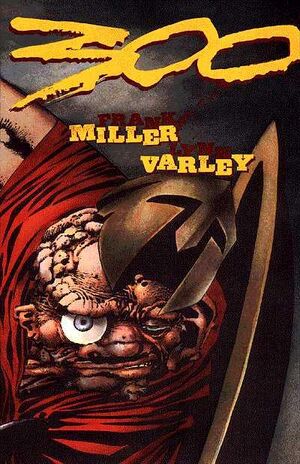 The Spartans and their allies successfully hold off the Persians for a grueling period of two days and nights. During a break in the fighting, Xerxes meets with Leonidas and offers wealth and power in exchange for his surrender. Leonidas declines, and battle continues. In his depression, Ephialtes betrays the Greeks by telling the Persians about the existence of a small pass that allows Xerxes to attack them from behind.

Retrieved from "https://heykidscomics.fandom.com/wiki/300_Vol_1_3?oldid=1342252"
Community content is available under CC-BY-SA unless otherwise noted.