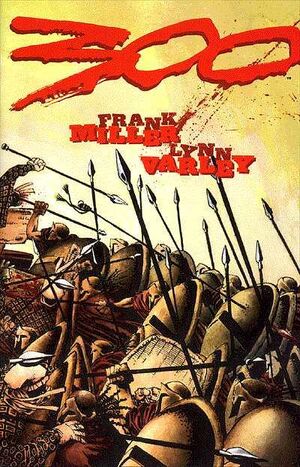 Learning of the Persian maneuvers, the Greeks realize their position is indefensible, but the Spartans and a few others refuse to retreat. Before engaging the Persians for the last time, Leonidas orders one Spartan (Dilios) to leave, so that he might survive to tell their story until the end of time. Reluctantly he does leave.

Retrieved from "https://heykidscomics.fandom.com/wiki/300_Vol_1_4?oldid=1342253"
Community content is available under CC-BY-SA unless otherwise noted.