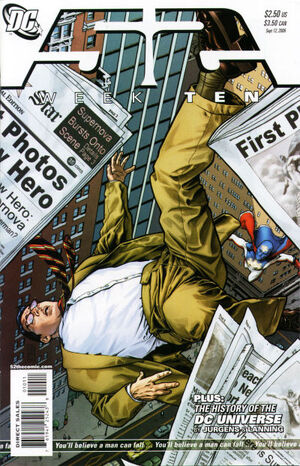 Appearing in "Stop the Press"Edit

Synopsis for "Stop the Press"Edit

Donna Troy witnesses the events that led up to Infinite Crisis, touching upon the following storylines and events:

Retrieved from "https://heykidscomics.fandom.com/wiki/52_Vol_1_10?oldid=1675745"
Community content is available under CC-BY-SA unless otherwise noted.