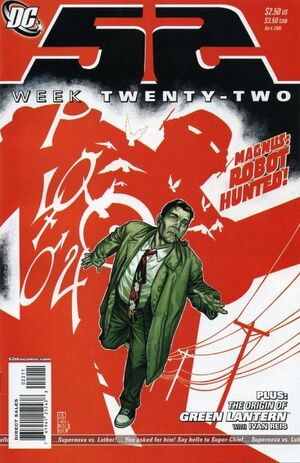 Synopsis for "The Origin of Green Lantern"Edit

Dying Green Lantern Abin Sur crashed on the planet Earth, and willed his Power Ring to find a worthy successor. The ring chose test pilot Hal Jordan, who became one of the most celebrated Green Lanterns to serve within the Green Lantern Corps.

Retrieved from "https://heykidscomics.fandom.com/wiki/52_Vol_1_22?oldid=1671387"
Community content is available under CC-BY-SA unless otherwise noted.