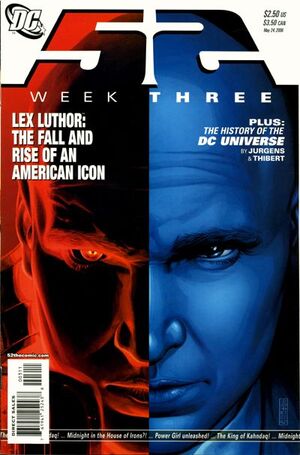 Donna Troy continues to analyze the historical events that brought about the age of heroes on both Earth-One and Earth-Two.

Retrieved from "https://heykidscomics.fandom.com/wiki/52_Vol_1_3?oldid=1674372"
Community content is available under CC-BY-SA unless otherwise noted.