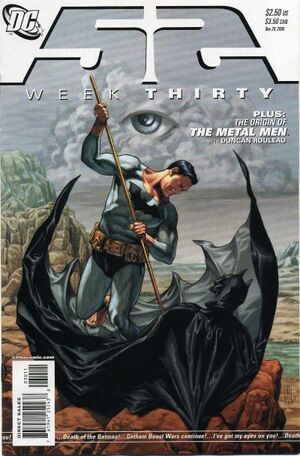 Synopsis for "The Origin of the Metal Men"Edit

The modernized canonical origin of the Metal Men is revealed in this story. Insight is also provided as to the mechanics of Will Magnus' Responsometer technology.

Retrieved from "https://heykidscomics.fandom.com/wiki/52_Vol_1_30?oldid=1672379"
Community content is available under CC-BY-SA unless otherwise noted.