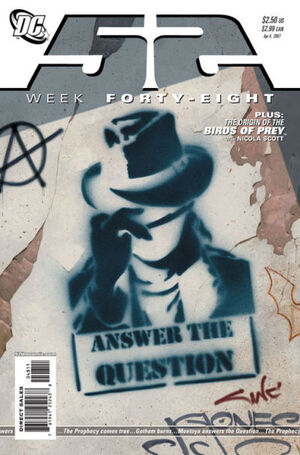 Appearing in "Asked and Answered"Edit

Synopsis for "Asked and Answered"Edit

Synopsis for "The Origin of the Birds of Prey"Edit

This is the origins of how Barbara Gordon assumes a new identity and assembles a team of female superheroes.

Retrieved from "https://heykidscomics.fandom.com/wiki/52_Vol_1_48?oldid=1661354"
Community content is available under CC-BY-SA unless otherwise noted.