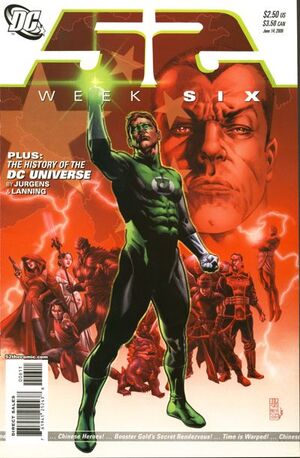 The following characters appear in flashback

Donna Troy continues examining the history of the Multiverse. With the help of the Universe Orb, she recalls the following events:

Retrieved from "https://heykidscomics.fandom.com/wiki/52_Vol_1_6?oldid=1737765"
Community content is available under CC-BY-SA unless otherwise noted.