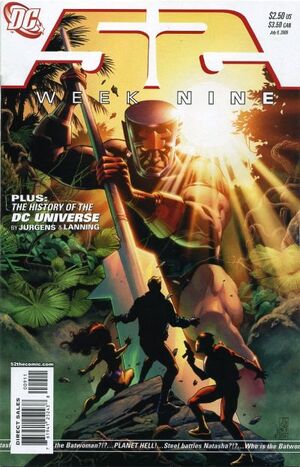 Appearing in "Dream of America"Edit

Synopsis for "Dream of America"Edit

Donna Troy witnesses the events of Identity Crisis and its immediate aftermath.

Retrieved from "https://heykidscomics.fandom.com/wiki/52_Vol_1_9?oldid=1693332"
Community content is available under CC-BY-SA unless otherwise noted.