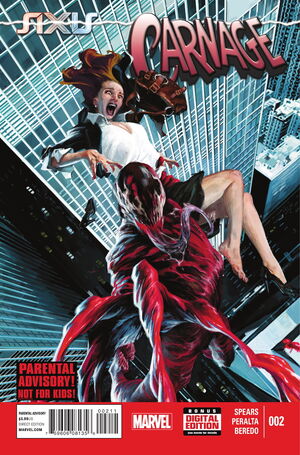 We are all born into this world through blood and pain. It takes a special person to rise above it. Every hero has an origin. Your parents getting murdered is the best way to start. My old man wasted my mom right in front of me. Or was it my stepdad and my foster mom? I don't know. I remember things wrong sometimes, but it all works if it feels right. Orphanages are good, too. But really any terrible place to incubate will work. You just need one beacon in the dark. One person to show your true face to. Where your heart can be broken qnd your innocence lost. Then you kill that one good thing to perfect the pointlessness of the universe. No. I don't like that. That's wrong. There is meaning It's not pointless. Not anymore. Her death makes the hero embrace his fate. I've done so much wrong and it hurts so bad. Guilt! nearly more than I can stand. I will save the world now. Because I couldn't save her. But how can I possibly be redeemed? How can I ever be loved? I must find a way...

While waiting for Alice to regain consciousness, Carnage ruminates on how most heroes have tragic backstories comparable to his own, though he admits he misremembers things, like substituting Eddie Brock-as-Venom for his father/step-father and Alice Gleason for his mother/step-mother and the girl he once murdered by pushing in front of a bus. He starts to backslide into his former nihilism, but corrects himself, lamenting that his guilty conscience is causing him such pain. When Alice wakes up and starts screaming for help, Carnage reassures her and explains that he wants to be a superhero. Alice agrees to help him if he promises not to hurt her, explaining to a confused Carnage that good people, especially heroes, keep their promises. Carnage fantasizes about killing her, but agrees and makes the promise.

Elsewhere, Gloria, a social worker, comes home and tells her husband that Emil Gregg missed out on their appointment again. The next morning she and her husband go to a shantytown to look for him, and she mentions that when she last saw him he'd developed the delusion that he actually was the Sin-Eater. Directed to a tent, they find Emil's necrotic corpse clutching a green balaclava and being eaten by rats and maggots.

At a cemetery, Alice tells Carnage that in order to redeem himself the first step is to confess his sins. Spotting an observer and believing him to be a grave robber, Carnage attacks, knocking him into an open grave, but Alice stops him, stating that the man is a gravedigger and ordering him to apologize. Once Carnage does so, Alice takes out her smartphone and films his confession, stating she'll post it on the internet for the world to see that he is repentant. Instead, she sends it to her boss, Frank, in order to get Chris Rollins' spot. Frank alerts the police that she was kidnapped by Carnage, but the SWAT teams dispatched only find the gravedigger.

Coming across a bank robbery, Alice instructs Carnage to intervene but berates him when he sets the bank on fire to prevent future robberies. The Sin-Eater arrives at the CVN broadcast station and holds Frank at gunpoint looking for Alice, and he points to the TV, where Carnage is putting out the fire. As Alice and Carnage set out to look for a new crime to thwart, they are attacked by a police helicopter, which gets Carnage's tendrils tangled in its rotors. The copter crashes, causing Carnage to drop Alice, but just as he catches her the Sin-Eater arrives, severing his tendrils and taking her hostage. As the Sin-Eater drives away with Alice, Carnage vows to rescue her just as a pair of F-15's fire their missiles at him.

• What is the Sin Eater after? And what does it have to do with Carnage?

• AND THERE’S STUFF THAT HAPPENS IN AXIS THAT IS HUGE TO THIS STORY THAT WE CAN’T SPOIL!

Retrieved from "https://heykidscomics.fandom.com/wiki/AXIS:_Carnage_Vol_1_2?oldid=1412165"
Community content is available under CC-BY-SA unless otherwise noted.