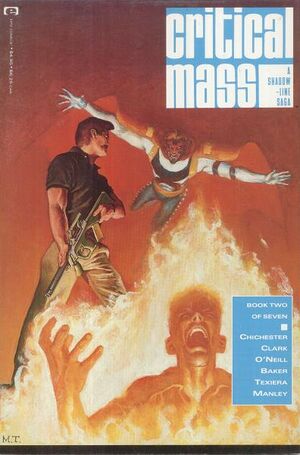 Appearing in "A Knight Without Armor / Gravediggers Dilemma"Edit

Two Shadowline Saga stories! St George discovers the fate of the previous knight of St. George as the diabolical Shreck closes for the kill. Meanwhile, the Abbot of the Order of St. George prepares the armor he'll need to kill Dr. Zero! Dr. Zero teams up with a ruthless KGB agent to discover why Europe's top nuclear scientists are all dying, unaware that those deaths are a part of Henry Clerk's plan to turn the United States into a nuclear wasteland!

Retrieved from "https://heykidscomics.fandom.com/wiki/A_Shadowline_Saga:_%22Critical_Mass%22_Vol_1_2?oldid=1347191"
Community content is available under CC-BY-SA unless otherwise noted.