Part of the 'Bizarro's World!' event 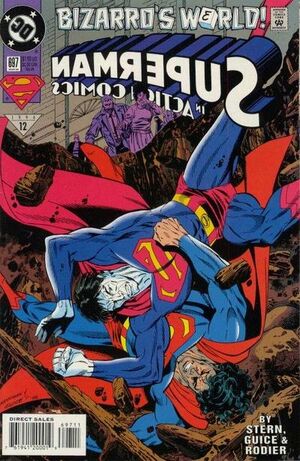 Appearing in "War of the Super Powers"Edit

Synopsis for "War of the Super Powers"Edit

Superman pays a visit to Lex Luthor, who is wasting away. Lex reveals that his scientist Sydney Happersen created the clone called Bizarro. Superman tracks Bizarro to Midway City, where the two fight. Bizarro takes off for Smallville and kidnaps Lana Lang. Superman is able to knock out the cloned creature and carry him off. Lana makes a decision about her relationship with Pete Ross.