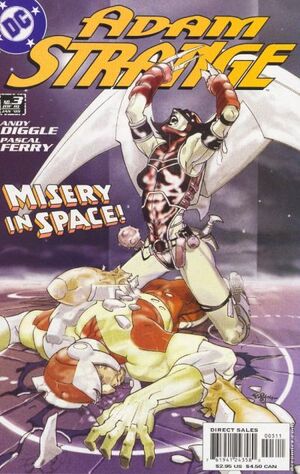 Drifting in the radioactive void that was once Rann's star system, Adam Strange is as good as dead until he's waylaid by a Thanagaran battle cruiser. But his struggle for survival is just beginning as he's blamed for an act of stellar genocide.

Retrieved from "https://heykidscomics.fandom.com/wiki/Adam_Strange_Vol_2_3?oldid=1397746"
Community content is available under CC-BY-SA unless otherwise noted.