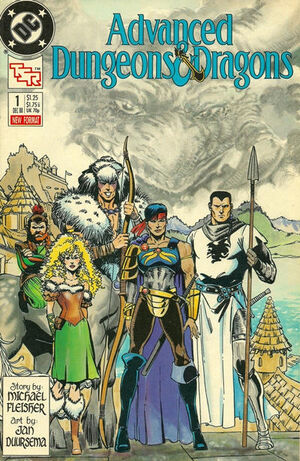 Onyx and Timoth save Cybriana from an assault by the minions of Imgig Zu, but Cybriana's hands have been turned to crystal so the three set out to Waterdeep in order to seek the help of the paladin Priam Agrivar. Once there, they meet up with Vajra who informs them that Agrivar has become a drunken beggar after his hands had been exposed to a blast from the Staff of Withering.

Retrieved from "https://heykidscomics.fandom.com/wiki/Advanced_Dungeons_and_Dragons_Vol_1_1?oldid=1394074"
Community content is available under CC-BY-SA unless otherwise noted.