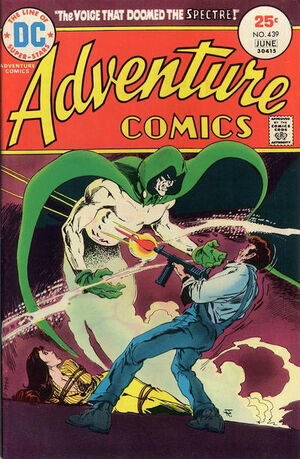 Mars and Mercury in conjunction... Owwww!

-- Green Arrow, as he is being attacked by the planets Mars and Mercury

Appearing in "The Voice That Doomed... the Spectre"Edit

Synopsis for "The Voice That Doomed... the Spectre"Edit

Retrieved from "https://heykidscomics.fandom.com/wiki/Adventure_Comics_Vol_1_439?oldid=1400052"
Community content is available under CC-BY-SA unless otherwise noted.