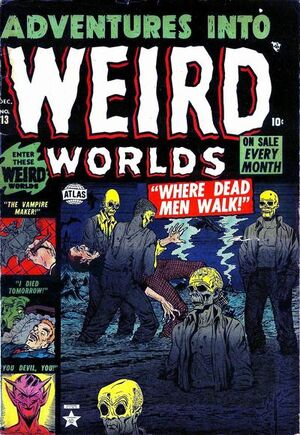 Appearing in "The Vampire Maker!"Edit

Synopsis for "The Vampire Maker!"Edit

A mob breaks into the castle of a scientist and kills him as they have heard he is creating a Vampire monster. He is actually a people's hero as the monster he created lives only off of the blood of other vampires.

Retrieved from "https://heykidscomics.fandom.com/wiki/Adventures_into_Weird_Worlds_Vol_1_13?oldid=1477150"
Community content is available under CC-BY-SA unless otherwise noted.