View source
Part of the 'Age of Ultron' event 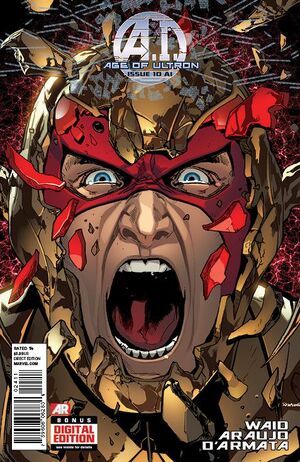 • One of Marvel’s most classic characters, Hank Pym, stands at the crossroads!

• Faced with a dilemma only he can solve, Pym gambles his past and his future!

• Some men are beyond redemption! By story’s end, Hank Pym will have an entirely new role in the Marvel Universe!

Spider-Man (Otto Octavius) is mistakenly drawn with the costume of Peter Parker.