Start a Wiki
Part of the 'Age of X' event 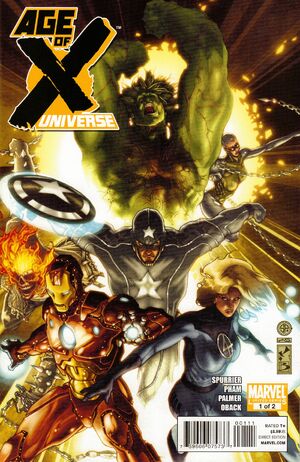 Everyone remembers where they were the day the Four went down. America's favorite family, caught harboring mutants...

And there came an Age Of X, an age unlike any other, where there were no X-Men...mutants were hated and feared. In that age, the remaining mutants created a stronghold, a last bastion for their dying race: Fortress X. And in that Age Of X, when humanity vowed to see Fortress X destroyed, a team of heroes and heroines found themselves united against this terrible mutant threat. This is their epoch!

Retrieved from "https://heykidscomics.fandom.com/wiki/Age_of_X_Universe_Vol_1_1?oldid=1407006"
Community content is available under CC-BY-SA unless otherwise noted.