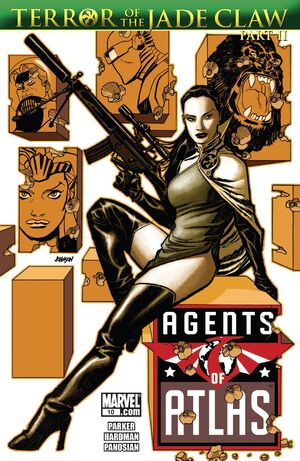 Appearing in "Terror of the Jade Claw (Part 2)"Edit

There's no enemy quite like a former lover, is there? The gloves are all the way off as Jade Claw and her forces begin assaulting Atlas on every front! The Agents throw everything they've got at the Great Wall, but to no avail. Gorilla-Man is convinced only ONE member of the team can possibly stop the rain of pain

Retrieved from "https://heykidscomics.fandom.com/wiki/Agents_of_Atlas_Vol_2_10?oldid=1407038"
Community content is available under CC-BY-SA unless otherwise noted.