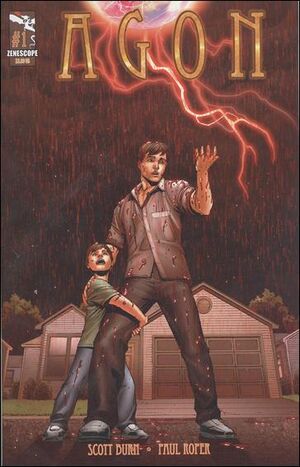 When Earth receives a broadcast from an extremely advanced alien species in the form of a mysterious and frightening blood-red rain storm humanity is offered a simple choice: compete in an ancient interplanetary combat ritual or watch as Earth is methodically destroyed. Ten human warriors must now be chosen to fight in a battle that pits highly evolved species from various worlds against one another. This ancient and deadly tournament will ultimately decide the fate of our planet as well as three others. It is time to fight for humanity, it is time for AGON.

Originally scheduled as a 5 issue series, issues 2-5 never were published.