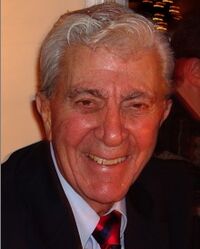 He was born in the borough of Manhattan.

Al Plastino's earliest comic work was as an assistant to Bill Everett working on Sub-Mariner for Timely Comics and his first credited work was the cover of Novelty Press' Blue Bolt Comics #9 in 1943.

In 1948 Plastino showed samples of his work to editors at DC and began a 20-year stint on the Superman family of books. At first he was required to mimic Wayne Boring's style but as time went on he was allowed to draw like Al Plastino. The worked on Superman, Superboy, and Lois Lane. With Otto Binder he co-created Supergirl and The Legion of Super-Heroes.

Plastino also drew the Superman newspaper strip in the late 60s and the Batman strip from 1966-1972. When DC ousted him from their books in 1968 Al Plastino also took over the Ferd'nand newspaper strip which he drew until he retired in 1989. In 1983 he drew the Sunday episodes of Nancy after Ernie Bushmiller died and he also drew a year's worth of Peanuts strips in the early 1980s to be used if Charles Schulz became ill.

Retrieved from "https://heykidscomics.fandom.com/wiki/Al_Plastino?oldid=1503873"
Community content is available under CC-BY-SA unless otherwise noted.