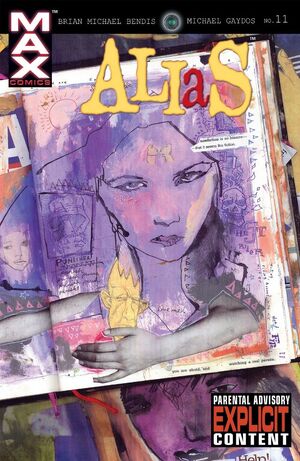 In town, Jessica looks for Miller Street. She finds no help, but discovers a newspaper with an article on the front page advertising the fact that she has been hired to come to Lago in order to investigate the disappearance of "missing girl Rebecca Cross." She encounters the town's sheriff, Sean, who gives her directions to the Cross residence, and heads there to meet with Rebecca's mother and aunt.

Rebecca's mother explains that she left on the night of April 13th to play church bingo, and can't be sure that Rebecca was home at the time, nor that she was home the next morning or that she ever went to school on the 14th. She also expresses suspicions about her husband, who she claims "goes to whores" and leered at his own daughter, before giving Jessica a scrapbook of photographs of Rebecca.

Jessica visits the home of Rebecca's father, Edward Cross, who claims that his wife is trying to put him in jail. He denies killing or ever molesting his daughter, and insists that he was only ever proud of Rebecca because he was sure that she would be better than the rest of them. He then leaves the house, giving Jessica permission to search it, and she examines several rooms before finding Rebecca's bedroom, in which several posters of costumed superheroes (including Elektra, Daredevil and the Punisher) have been hung.

Inside she finds Rebecca's collage books, as well as the girl's stash of marijuana, before her search is interrupted by Sean, who chastizes Jessica for not coming to see him before launching her investigation. The two leave the house, and Jessica admits that she does, in fact, possess super powers. She then explains that she wants to visit Rebecca's high school next, and promises to meet with Sean afterwards.

At Lago High School, Jessica is escorted to Rebecca's locker by the school secretary. She finds another picture of Daredevil inside, but another student draws her attention back to the front of the locker door, where she finds the word DIE scrawled out. The student explains that the threat was due to the fact that Rebecca was a mutant.

Retrieved from "https://heykidscomics.fandom.com/wiki/Alias_Vol_1_11?oldid=1406416"
Community content is available under CC-BY-SA unless otherwise noted.