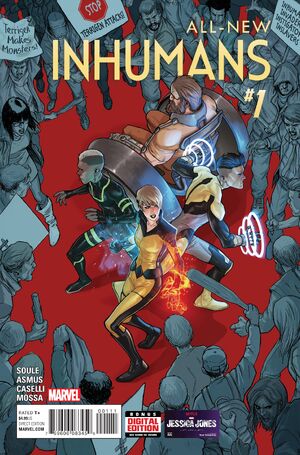 As the Terrigen Clouds move around the world they leave in their wake the wrecked lives of the Inhumanized. Crystal and her team are tasked to help as many of these NuHumans as possible, but it’s not going to be easy. Not only are views of these new super-powered people varied (from fear to anger to amazement) but even those who get the powers aren’t always glad to get them. Add to that the nineteen mysterious Skyspears that recently crashed into the Earth, and the Inhuman world just got a lot more complicated.