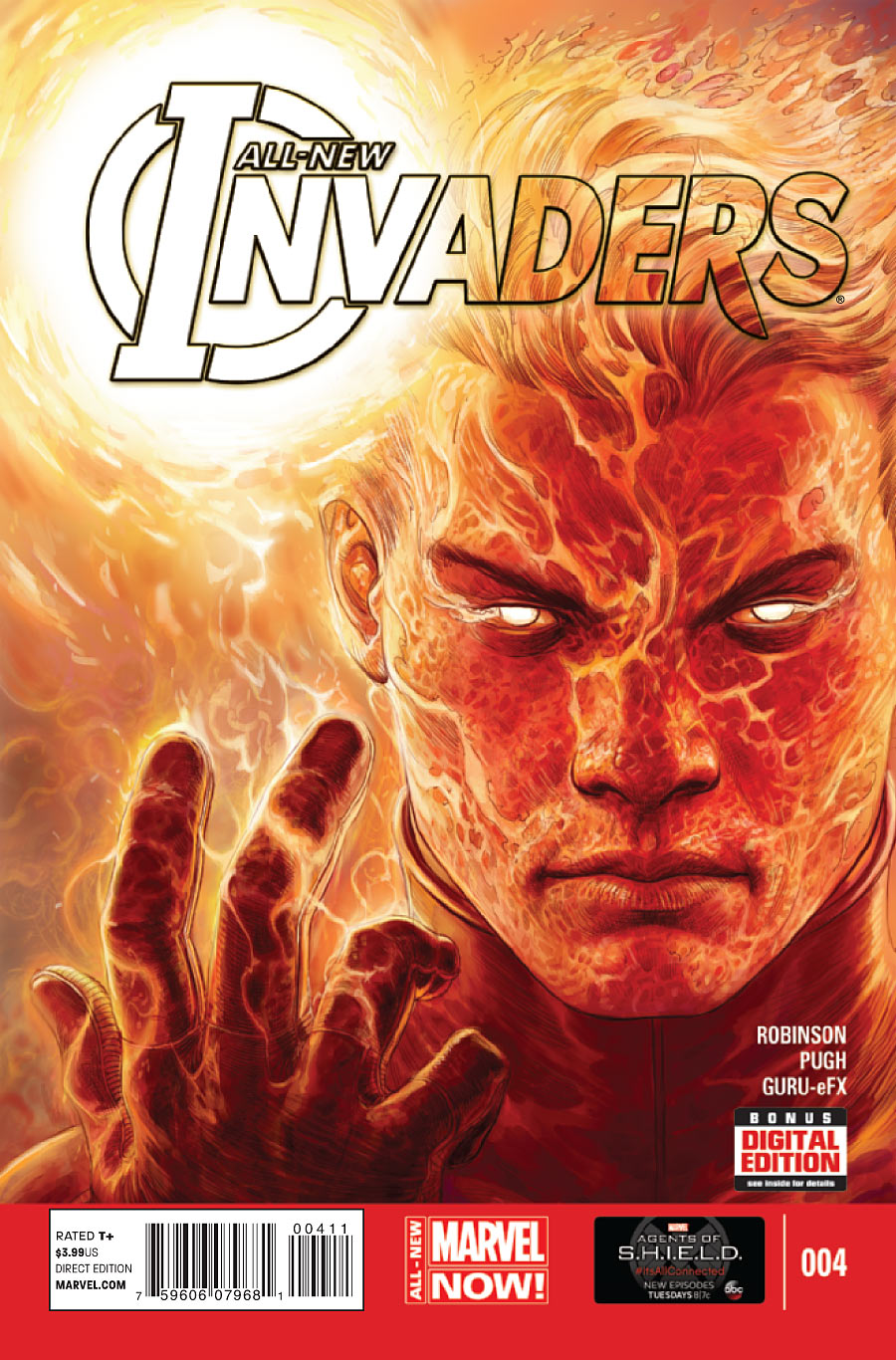 • THE INVADERS incursion into Hala, the Kree Homeworld, has begun...and already our heroes are in trouble. • Now the team must fight a Kree-controlled God, but which God? From which pantheon? And how can they defeat an immortal with unlimited power?

• And what is the dangerous side mission that only WINTER SOLDIER and AARKUS THE GOLDEN AGE VISION can complete?

Retrieved from "https://heykidscomics.fandom.com/wiki/All-New_Invaders_Vol_1_4?oldid=1669884"
Community content is available under CC-BY-SA unless otherwise noted.