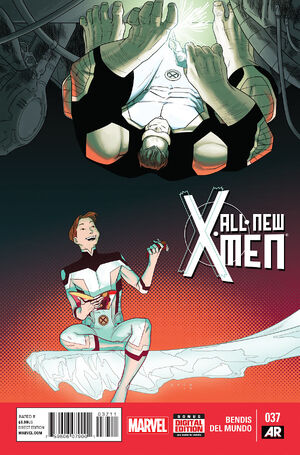 • You know your friends from growing up? The ones you went to high school with, and are to-this-day some of the people who know you best?

• Well, imagine there are only five kids in your high school, and you’re all hated and feared by the world around you.

• Sometimes, it’s nice to take a step back and realize that what you’ve been told is your “team” is really something much better—your best friends.

Retrieved from "https://heykidscomics.fandom.com/wiki/All-New_X-Men_Vol_1_37?oldid=1407155"
Community content is available under CC-BY-SA unless otherwise noted.