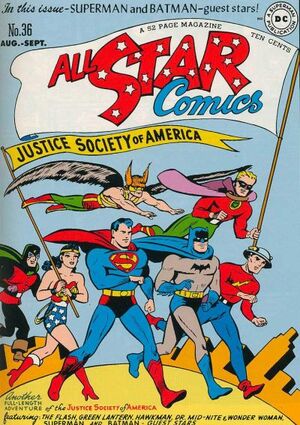 To revenge himself on five ex-fraternity brothers who traumatized him, Calvin Stymes causes the quintet to be immersed in the waters of Koehaha, which do not drown their victims but wash away their consciences. Accordingly, the Justice Society must deal with five brand-new master criminals.