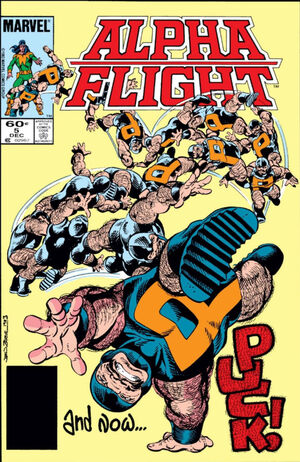 Appearing in "What Fools These Mortals Be..."Edit

Synopsis for "What Fools These Mortals Be..."Edit

15 years ago:
Doctor Michael Twoyoungmen visits the hut of his aging grandfather, a Sarcee medicine man. The old man wants Michael to learn the rites of ancient Sarcee mysticism, but Michael considers himself a modern man, and wants nothing to do with the old traditions.

Returning home, he discovers that his wife, Kathryn is sick. He visits Dr. Bassaraba who informs her that her condition is terminal. Refusing to give up hope, Michael transfers her to another hospital where he can begin administering care to her personally. Their young daughter, Elizabeth, asks if Kathryn is going to be okay, and Michael makes her a promise that her mother will be fine. Her condition takes a turn for the worse however, and Kathryn passes away. Elizabeth, distraught by her mother’s death, blames Michael for breaking his promise and runs out of the room.

That same day, Michael learns that his grandfather has passed away as well.

Retrieved from "https://heykidscomics.fandom.com/wiki/Alpha_Flight_Vol_1_5?oldid=1639862"
Community content is available under CC-BY-SA unless otherwise noted.