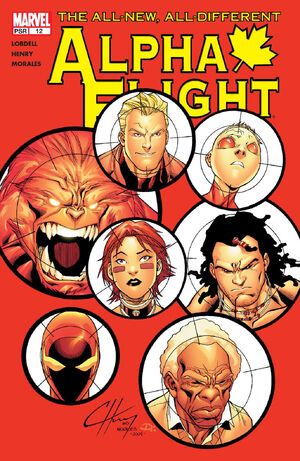 It does its job, Dr. Langkowski. In all kinds of weather, night or day, any time of the year. More than I can say for most people.

Appearing in "Days of Future Present, Past Participle! (Part 4)"Edit

Alpha Flight continues to get their hands dirty playing in the time stream. Can they set things right before the end of their final issue? And yo won't believe who shows up to say goodbye!

Retrieved from "https://heykidscomics.fandom.com/wiki/Alpha_Flight_Vol_3_12?oldid=1407987"
Community content is available under CC-BY-SA unless otherwise noted.