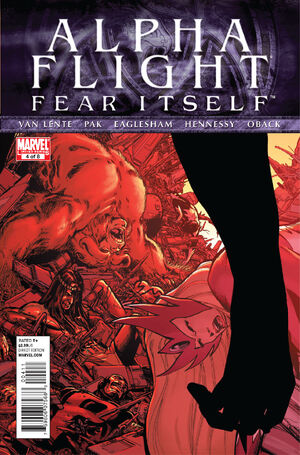 Appearing in "With Many, Strength"Edit

FEAR ITSELF TIE-IN!
The fight against the Flight continues! As our heroes fight to survive their own country hunting them down the traitorous Vindicator creates a team of her own, gathering a group of former enemies of Alpha Flight into the deadly ALPHA STRIKE! However, the remaining Alphans reach out to some unusual allies of their own. Marvel All-Stars Greg Pak and Fred Van Lente, along with artist extraordinaire Dale Eaglesham, continue their highly-anticipated resurrection of the fan favorite title, ALPHA FLIGHT!