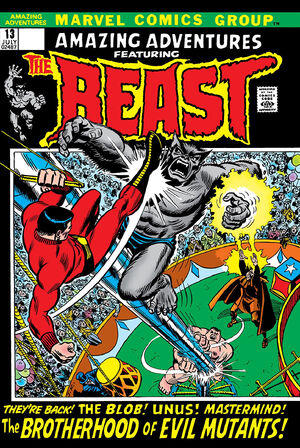 Appearing in "Evil Is All in Your Mind!"Edit

The Brotherhood of Evil Mutants strikes again! But is the bludgeoning Beast against them - or with them?

Retrieved from "https://heykidscomics.fandom.com/wiki/Amazing_Adventures_Vol_2_13?oldid=1720775"
Community content is available under CC-BY-SA unless otherwise noted.