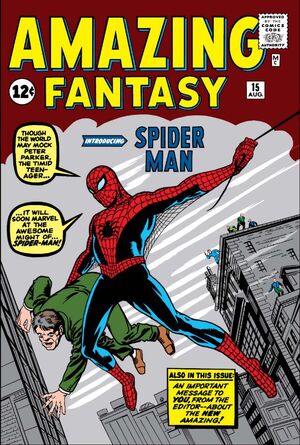 On a small Mediterranean island of fisherfolk, Old Pedros is the town bell-ringer. One day the volcano atop the island begins to erupt. The villagers evacuate and put out to sea. Old Pedros, though, stays at the church. "The bells must be rung," he tells himself. "Someone will hear. For centuries someone has always heard!" Molten rock streams toward the church. Before it reaches Old Pedros, a ray of sunlight surrounds him. The superstitious villagers swear they saw him ride that ray into the sky. Did their eyes play tricks on them, or did Someone hear the bells?

Appearing in "Man in the Mummy Case!"Edit

Synopsis for "Man in the Mummy Case!"Edit

Rocco Rank, a career criminal, breaks into a museum to escape a policeman. While he looks for a hiding place, he hears mummy's voice promising to protect him from the police. All he has to do is lie in a sarcophagus. The mummy reassures Rank that he will not suffocate or become another mummy. Rank finally agrees and gets into the sarcophagus, which the mummy shuts. The policeman double back, finds a broken window, and searches the room. The mummy is motionless, and the sarcophagus is empty, so he leaves. Rank is safe from the police ... but he has become a slave building the Pyramids.

Appearing in "There Are Martians among Us!"Edit

Synopsis for "There Are Martians among Us!"Edit

The discovery of a crashed flying saucer frightens a small town, especially when the townspeople realize that the Martians are among them. A month goes by with the aliens still at large. A man leaves for the city and tells his wife to stay in the house where she is safe. Later that day, though, she has to go to the store for coffee. On her way home she is captured! When her husband gets home and finds her missing, he makes a desperate phone call ... to another Martian, who like him must have four arms ....

Retrieved from "https://heykidscomics.fandom.com/wiki/Amazing_Fantasy_Vol_1_15?oldid=1719784"
Community content is available under CC-BY-SA unless otherwise noted.