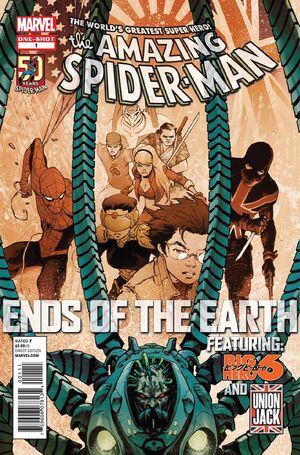 Appearing in "The Amazing Spider-Man: Ends of the Earth"Edit

• From one “Ends of the Earth” to the other, Spider-Man isn’t the only hero fighting free the globe from Doctor Octopus’s treacherous tentacles in this extra sized story! • And the dying doctor has some wicked worldly associates of his own. • Guest staring: Big Hero Six and Union Jack

Retrieved from "https://heykidscomics.fandom.com/wiki/Amazing_Spider-Man:_Ends_of_the_Earth_Vol_1_1?oldid=1642676"
Community content is available under CC-BY-SA unless otherwise noted.