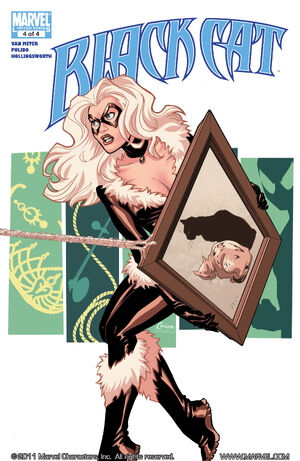 A GRIM HUNT TIE-IN! This is it! With Spider-Man tangled in the web of The Grim Hunt, Black Cat's solo adventure comes to a close and it's a must-read for any fan of the web-slinger and his supporting cast! The Black Cat finds herself face-to-face with the family that's been after Spidey for months, and she's not pleased to see them.

Retrieved from "https://heykidscomics.fandom.com/wiki/Amazing_Spider-Man_Presents:_Black_Cat_Vol_1_4?oldid=1725200"
Community content is available under CC-BY-SA unless otherwise noted.