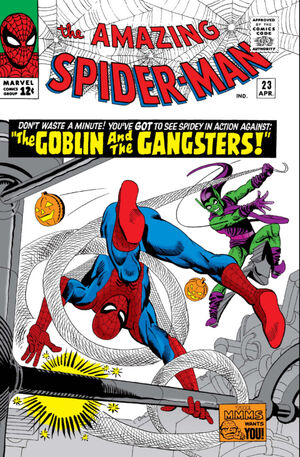 Appearing in "The Goblin And The Gangsters"Edit

Synopsis for "The Goblin And The Gangsters"Edit

A one page pin-up page featuring vignettes of all "those who have been caught in his wonderful web" (both villains and his supporting staff).

Retrieved from "https://heykidscomics.fandom.com/wiki/Amazing_Spider-Man_Vol_1_23?oldid=1718849"
Community content is available under CC-BY-SA unless otherwise noted.