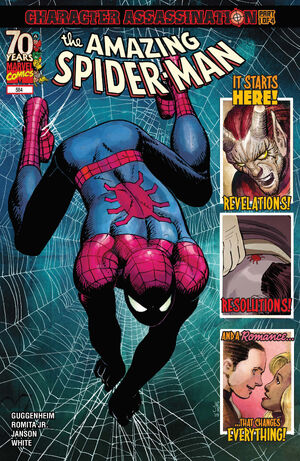 Stacy Dolan and Brett Mahoney were last seen in Marvel Comics Presents Vol 2 #12 which was also written by Marc Guggenheim. Their appearance as members of the NYPD in this issue is difficult to reconcile as Stacy was previously off the force and in hiding from Vanguard.

Retrieved from "https://heykidscomics.fandom.com/wiki/Amazing_Spider-Man_Vol_1_584?oldid=1638956"
Community content is available under CC-BY-SA unless otherwise noted.