View source
Part of the 'The Gauntlet' story arc 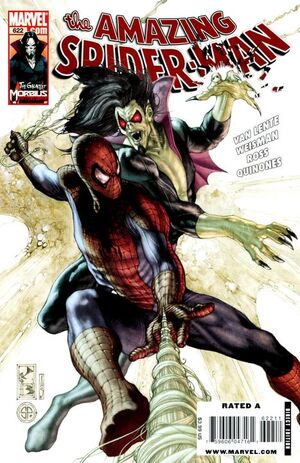 Appearing in "It is the Life"Edit

As the Gauntlet rages on around him, the spotlight is on Peter Parker’s original archenemy-turned-best friend, Flash Thompson. Since losing his legs in service to his country, Flash Thompson’s not been deterred by his physical limitations. But even a hero can have his limits. Greg Weisman, one of the brains behind the smash TV hit Spectacular Spider-Man, teams with Luke Ross (CAPTAIN AMERICA) to bring a touching story of Flash Thompson coming to terms with his new life. Then, Fred Van Lente and Joe Quinones (WEDNESDAY COMICS) bring Spider-Man face-to-face with Morbius, The Living Vampire!

Appearing in "Stages of Grief"Edit

Synopsis for "Stages of Grief"Edit