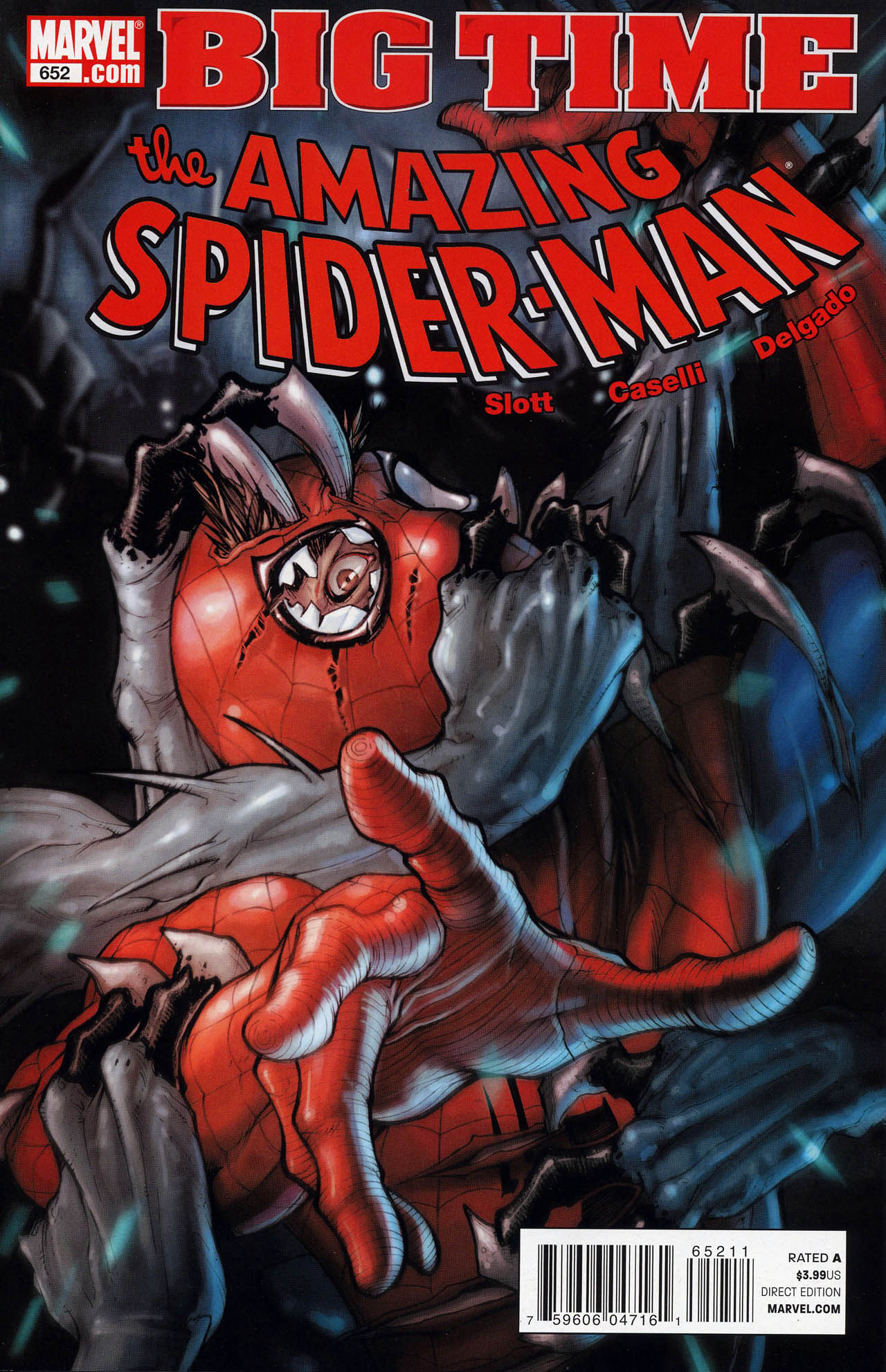 Appearing in "Revenge of the Spider-Slayer (part one): Army of Insects"Edit

REVENGE OF THE SPIDER-SLAYER Part 1 of 3 “Army of Insects” THE SCORPION was just the beginning! Alistair Smythe, THE SPIDER-SLAYER, has returned, and Mac Gargan isn’t the only subject he’s upgraded. The Spider-Slayer is about to unleash an entire INSECT ARMY on Spider-Man’s world! And as part of his ultimate revenge, Smythe is out turn one of Spidey’s first ever victories into one of his biggest losses. Everyone is at risk. Big changes are coming! Don’t you dare miss an issue! All this, plus an all-new story showing a hidden side of Mac Gargan’s past!

Mayor Jameson is presenting Spider-Man the key to the city, which Captain America asked him to do earlier. Suddenly, an all-new Power Man disrupts the crowd and attempts to defeat Spider-Man. In a flashback, we see the new Power-Man training with Iron Fist, who tells him that the one superhero he never managed to defeat was Spider-Man, because of his spider-sense. In the present, Power Man lands a punch and starts gloating about how he's better than Iron Fist now. Spider-Man ties Power Man to a tree while he does this, where Spider-Man learns that the only reason Victor is here is because he got a tip about the key. The key to the city is revealed to have been stolen during the fight, and Alvarez tells Spidey that the one who gave him the tip is named Norton G. Fester, who Spider-Man knows as the Looter.

Retrieved from "https://heykidscomics.fandom.com/wiki/Amazing_Spider-Man_Vol_1_652?oldid=1731041"
Community content is available under CC-BY-SA unless otherwise noted.