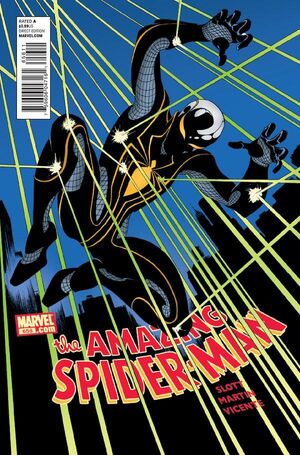 Appearing in "No One Dies, Part Two: Resolve"Edit

The debut of the NEW SPIDER-ARMOR! If Spider-Man hopes to find a way to defeat his new nemesis MASSACRE, he’ll need the help of his all new, all-powerful costume! But will protecting the people of New York mean that Spider-Man finally takes the last measure -- killing a bloodthirsty madman when there are no other options? (by the way, your first answer is wrong!)

Retrieved from "https://heykidscomics.fandom.com/wiki/Amazing_Spider-Man_Vol_1_656?oldid=1637738"
Community content is available under CC-BY-SA unless otherwise noted.