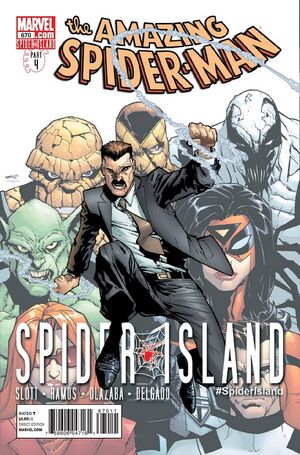 SPIDER-ISLAND PART FOUR Nearly 50 years in the making, the story which MUST BE READ: J. Jonah. Jameson: THE SPECTACULALAR SPIDER-MAYOR?!! Nuff Said? Almost, because that wasn't enough, a long running member of the Spidey cast has to make the ultimate sacrifice...