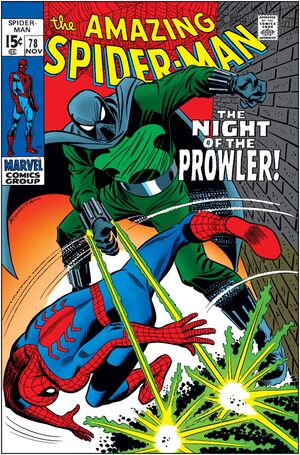 Appearing in "The Night of The Prowler!"Edit

Synopsis for "The Night of The Prowler!"Edit

Just below the credits on the first page, is a smaller box stating "Thanks to John Romita, Jr. for suggesting the Prowler!". He would have been 13 at the time this issue was published.

Retrieved from "https://heykidscomics.fandom.com/wiki/Amazing_Spider-Man_Vol_1_78?oldid=1718930"
Community content is available under CC-BY-SA unless otherwise noted.