Start a Wiki
Part of the ''Nuff Said' event 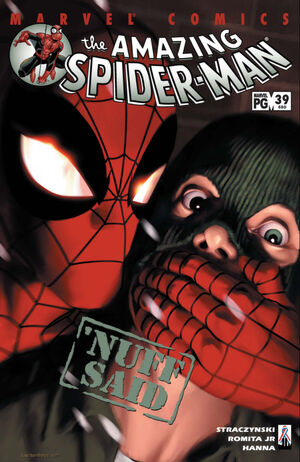 This story shows a brief summary of Mary Jane's life as a model. It then shows May Parker, now knowing Peter Parker is Spider-man, cancelling from the Daily Bugle and the New York Herald newspapers, for their negativity towards Spider-man. We then skip over to Spider-man, in his heroics...

Retrieved from "https://heykidscomics.fandom.com/wiki/Amazing_Spider-Man_Vol_2_39?oldid=1407857"
Community content is available under CC-BY-SA unless otherwise noted.