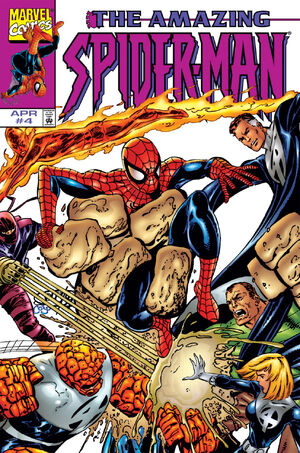 Honestly...not all it's cracked up to be. I mean...I'm glad MJ is having so much fun and all, and the money's great...I think...but I just didn't expect her to be out of town so much. I see her between flights and...well, it's not what I expected from our marriage.

Retrieved from "https://heykidscomics.fandom.com/wiki/Amazing_Spider-Man_Vol_2_4?oldid=369254"
Community content is available under CC-BY-SA unless otherwise noted.