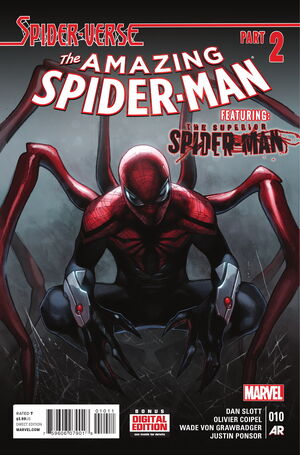 • A spider-army is gathering to fight Morlun and his deadly family, but who will lead them?

• Why, only the greatest spider-hero of all, THE SUPERIOR SPIDER-MAN.

• Our universe’s AMAZING SPIDER-MAN has an issue with that.

Retrieved from "https://heykidscomics.fandom.com/wiki/Amazing_Spider-Man_Vol_3_10?oldid=1639338"
Community content is available under CC-BY-SA unless otherwise noted.