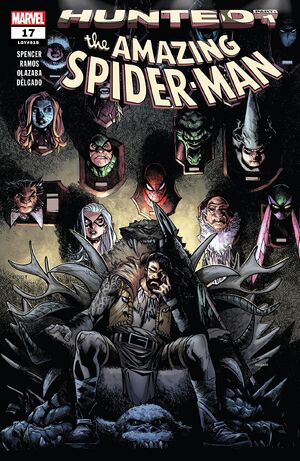 You misunderstand, Cat -- I am not the one hunting him this time.

We’ve been teasing a huge Kraven story since ASM #1 — and “HUNTED” is here to deliver it! Sergei Kravinoff and his minions have been kidnapping animal-themed characters for months, but they need one more to complete the collection — the Spider. But what does Kraven even want with all of them?! Find out in “HUNTED”!