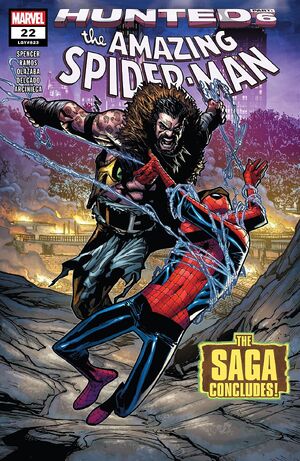 You were right to deny me. Because the true hunter does not kill out of rage, or cruelty -- he is above such things. He does it to maintain the balance in nature. For sustenance. For safety. To thin the herd. All of these, necessary.

• The climactic conclusion of “Hunted” is here!

• Spidey faces an impossible situation that will push him as far as he’s ever been pushed.

• Who lives and who dies when the hunters become the prey?