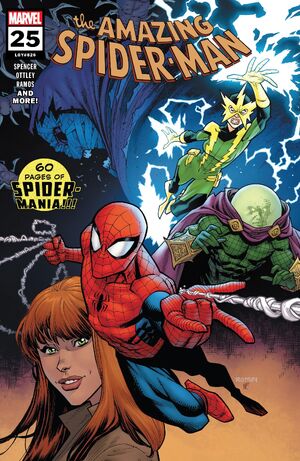 Hope Peter's thing is going better than this.

• In the giant-sized main story, Spider-Man and Mary Jane find themselves in an INCREDIBLY tough situation, thanks to Electro. Can Spidey save MJ? CAN MJ SAVE SPIDEY?

• What is Mysterio cooking, and what does it have to do with the bandaged villain who has been on the periphery since #1?!

• All this, plus a story by Dan Hipp (TEEN TITANS GO! Art Director), internet sensation Keaton Patti and MORE!