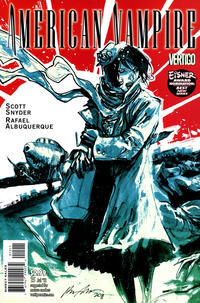 "Ghost War" continues as Henry and his lost unit fight for their lives against a vicious new strain of vampire. Meanwhile, Skinner makes some unexpected moves and Pearl sets out on a perilous journey. The secret vampire war of The Pacific rages on!