View source
Part of the 'Day of Judgment' event 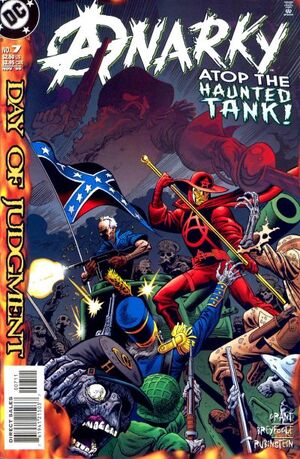 A tie-in to the Day of Judgment crossover event, Anarky encounters the Haunted Tank and teams up with its crew to defeat an army of zombies rising from Arlington National Cemetery. Anarky also encounters various Founding Fathers in the process. The story carries a strong anti-war message, and ends when Anarky, demoralized by the sight of pointless fighting among men from every war in US history, refuses to fight and abandons the battlefield.