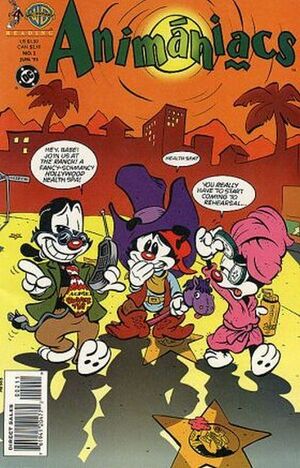 Feeling old and tired, the Warners go to a health spa.

Brain competes on the trivia game show "Gyp-Parody" to win money for an infidibulator in order to take over the world.

"Win Big" is adapted from the episode of the same name.

Retrieved from "https://heykidscomics.fandom.com/wiki/Animaniacs_Vol_1_2?oldid=1686582"
Community content is available under CC-BY-SA unless otherwise noted.